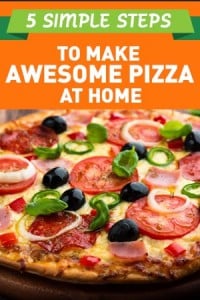 Have You Ever Though About Cooking Bacon in The Oven?

When it comes to cooking bacon there is only usually one way, and that’s frying it up next to some mushrooms and sausages, perhaps next to some Sunnyside up eggs. This is usually one of the best starts to a day for most people or the ideal hangover cure for many more.

Aside from frying bacon people also tend to grill it, however you will more than likely find that grilling anything that contains a substantial amount of fat will lead to a problematic clear up job come the end of the cooking period.

Frying and grilling bacon has been spoken about and written about many times in the past so we aren’t here to cover old ground, instead we wanted to take you down a new avenue of how to cook bacon, and that method is oven cooking. We know, you most likely have never attempted this in your life before but trust us when we say that oven cooking bacon really does bring out some amazing flavours and smells, and when it comes to taste its unparalleled.

The only drawback is time, as with anything oven cooked it’s usually best left to when you don’t have to rush out of the house. So without any further ado let’s cook some bacon in the oven…

Smoked or Unsmoked, That is The Question!

The age old debate crops its head to start with and this really comes down to your own personal preference, are you more of a smoked bacon fan or unsmoked bacon fan? This really has no effect on how you go about oven cooking bacon but it’s a decision that is important especially if you are having dinner guests over.

You see, many people may not like the smoked flavours and all your hard work could go down the pan if you choose to be ignorant towards your guests, so our advice is to simply put the question out there before you even start oven cooking any bacon because you can just cook both types on different racks in the oven and then everyone is happy.

Preparing Your Baking Tray and Temperature

Firstly we want to start the whole process off by turning up the oven so we can preheat it nicely, usually its best to whack up the dial to its fullest and then bring it down to a lower temperature when we finally come to introducing the bacon.

Now, bacon has many wonderful flavours that emanate from the meat so you don’t need to season it with salt or pepper, it’s one of those cuts of meat that seasons itself if you like. What you do need to prepare for is a lot of fat to drop away.

Therefore there are two ways to do this, you can either cook your bacon on a wire rack and let the fat deposit underneath or you can use a baking tray to let the bacon cook in its own fat to add to the flavour. For the purpose of this article we are going to use a baking tray.

So take a baking tray and line the bacon across it (you don’t need oil as the amount of fat from the bacon will keep it from sticking to the tray).

You can either place the bacon straight onto the tray or you can use some foil to make a bed for the bacon to rest on the choice is totally up to you. Once you have the bacon ready lower the temperature of the oven to 200C and then introduce the baking tray to the oven and cook for 20-30 minutes.

By 20 minutes you will want to double check the bacon as we know that some people like theirs well done whilst some like it quite chewy.

Once You Have Cooked The Bacon

When you are happy with the bacon you can remove it from the oven and then leave it to rest. It’s important to let meats rest because it helps the juices get absorbed and redistributed around the meat, it’s also wise to give the meat 5-10 minutes if you want to cut or dice it up.

Oven cooked bacon won’t have the exact same texture as you would expect from bacon that has been fried or grilled because those methods are quick cook methods where the bacon comes up against direct heat sources. Instead you will have a much more versatile, tender and moreish tasting bacon that you can add to anything from full English breakfasts, through to mouth-watering pastas and crisp summer salad.

We don’t need to tell you about the kinds of dishes bacon can be added to as it really does compliment the majority of dishes and food types out there, whether its soups, roast dinners or anything else you can put your creative minds to.